2 Chronicles 18 doesn’t have a specific verse for me today. Jehoshaphat makes an alliance with Ahab to go into battle. Jehoshaphat does take the time to ask for a prophet of the Lord to tell them if this is the right way to go or not. Micaiah comes and tells that Ahab is going to get killed, and Ahab is mad because he says Micaiah is always saying evil towards him. God is speaking through Micaiah and Ahab doesn’t like hearing negative things about him, even though they are truth.

The overall theme is piggybacking on the last several chapters. God’s word is truth and many people don’t want to hear it. They will try everything but still go against what we know to be truth. The culture today doesn’t want to hear the truth. They like being fed lies about themselves, about who they are, about others, about what is acceptable, about what is right, all because it makes them feel better.

Even though it isn’t accepted easily and even though people will argue, we need to speak God’s truth. We need to be ready and armored to hear anger and hate. It’s not going to be pretty, not will it be comfortable. Jesus never said carrying God’s truth would be easy. Those people who argue are so fully wrapped in the lies they can’t see the way out. We need to help guide them through the jungle of lies, cutting each one so they can get to the light of righteousness. 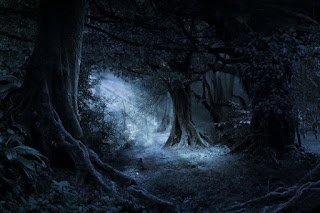 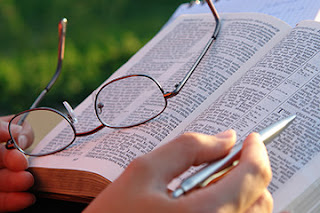 2 Chronicles 17:6 Thus he was encouraged to follow the LORD’s ways, and once again he removed the high places and the asherahs from Judah.

At the bottom of the chapter in my Bible, it offered this extra bit: his heart was high,” a phrase that ordinarily describes arrogance and rebelliousness; in this case, however, it introduces a notice of Jehoshaphat’s fidelity to the Lord.

I love it written as his heart was high. Jehoshaphat knew what had befallen David and Solomon and even his own father Asa when they forgot to follow God’s commandments. Jehoshaphat sought God for help, walked in His Commandments, and because of that God strengthened his army and helped him fortify the cities. Jehoshaphat then sent out his people to teach the word of God.

We, as a people, need to allow our hearts to be high and come together to spread the word of God. We need to strengthen our churches so we can attack the devil as one. We need to keep his word in our heart to keep our hearts from sinning. If we learn and delight in God’s law, we will be blessed and strengthened in His Grace.

*In other Bible versions, it is king of Syria instead of king of Aram.

Asa foolishly put his trust in another man, a man with an army, to help protect Judah from Israel. Instead of praying to God about what to do, he took it upon himself to charge forward. We do this quite often, when something goes wrong, charging head first without stopping to think or pray. Sometimes we may get through the situation unscathed, but in the long run we may have overlooked something important that we did in fact loose. Most of the time though, it will be blatant what we are going to struggle with because we didn’t stop to ask God for help first. He has a plan for us, but we have to want it to get it. He gave us the ability to choose him.

I know I need to pray to God more when things get overwhelming. But not even then. Something I had mild things come up that I should seek God’s help with. Lord, help me to not be so quick to answer or solve things. 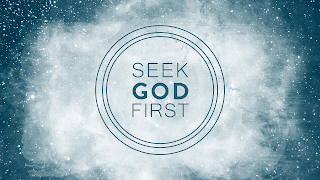 What is Hiding in Your Heart? (2 Chronicles 15)

2 Chronicles 15:2 The LORD is with you when you are with him, and if you seek him he will be found; but if you abandon him, he will abandon you.

King Asa had just finished a great victory because of the Lord. It is easy to think that because we have won God’s favor, that we will never be without it. We are promised grace and mercy because of Jesus’s death and resurrection. That grace and mercy only applies if we actually follow God, repent our sins, and mean. Asa didn’t just say the words, “Ok God, we will seek you and only you.” Asa showed God he meant it by going through the villages and destroying idols. He even destroyed one of his own mother’s, showing that even in a family circle we are put to the test.

In our own lives, we must make sure there are no hidden places where idols may lay. If there is a place where we are afraid to walk away from because of embarrassment or getting made fun of, we need to seriously think about all the lessons in the Bible of those who don’t surrender all the wrongs. God has said multiple times that he is with us when we are with him. If we reject him, he will reject us. Why do we keep thinking these messages don’t apply to our individual stories?

I’m praying for you, reader, that you may find the courage to truly search your heart and make sure there are no idols in there. That there is nothing that is keeping you from fully accepting God’s love. Let go of all the “idols” you may have been turning to, even the ones you are afraid to let go of. No person is more important that God’s forgiveness. If someone walks away from you because you have turned to God, it is their loss. Pray for them that they too may turn from their falsities and find God’s love. 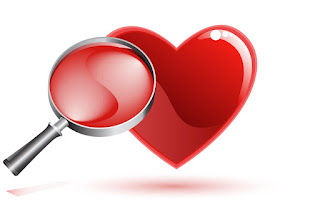 2 Chronicles 14:5 He built fortified cities in Judah, for the land had peace and no war was waged against him during these years, because the LORD had given him rest.

Asa was the next king for Judah, and he was a godly man. He removed all the things that had been built for worshipping fake gods. He told the people to follow God’s laws and commandments. And the Lord gave the people rest. They were able to build up the city and strengthen  their army during that time. So when a larger enemy did come to rise against them, Asa prayed to God, telling him they relied on Him and asked for God to not let the enemy prevail.

We too need to trust in God so that we can find rest. With the enemy constantly around lately, it seems hard to find rest, but we know God is getting us ready to face them. We must remain faithful in our thoughts, actions, and deeds. We must remain true in God’s words. The devil is in fact all around us, trying in every which way to shake us down from our faith. He is infiltrating our schools, our libraries, our theaters, our homes. We must be observant and stop him from trying to sneak into the hearts of the innocent. 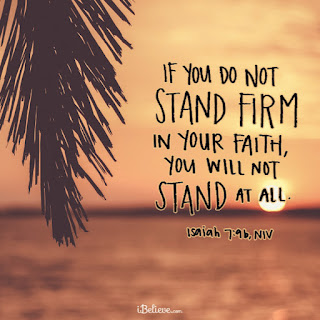 Surrounded on all Sides (2 Chronicles 13)

2 Chronicles 13:13, 15 But Jeroboam had an ambush go around them to come at them from the rear; so that while his army faced Judah, his ambush lay behind them. Then the Judahites shouted; and when they shouted, God struck down Jeroboam and all Israel before Abijah and Judah.

Abijah’s army was facing Jeroboam’s army. Abijah began to talk about God’s promise to his people and the people’s failures. As Abijah was talking to Jeroboam and his army, some of Jeroboam’s men snuck behind Abijah to surround him. Abijah’s men were outnumbered and surrounded. But they stayed strong and called out to God, who destroyed Jeroboam’s army.

Right now, Christians are surrounded on all sides by the enemy. They are taking new levels in an effort to debunk our faith and our history. They are trying to remove our truths in people, family, marriage, and God. They are destroying our churches, spreading hate on our care facilities, threatening our leaders, and threatening our futures. But we must stay strong. Even as they are closing in, we must cling to the truths we know from God. We need to cry out to the Lord to save us from their army. 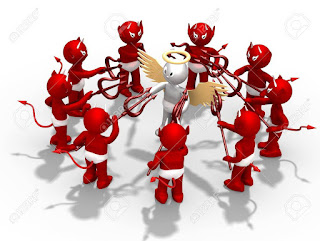 We Continue to Provoke the Lord (2 Chronicles 12)

2 Chronicles 12:1 Once Rehoboam had established himself as king and was firmly in charge, he abandoned the law of the LORD, and so did all Israel with him.

Once Rehoboam thought himself stable, he decided he no longer needed the Lord’s guidance. He stayed true to God’s word so long as he was rising to power for protection, then he thought himself bigger than the Lord. And so for Rehoboam’s treachery, God allowed Egypt to attack Jerusalem.

We have so many examples of the wrath of God against the people who chose to ignore his commandments. He is a jealous God and doesn’t want to share our hearts with idols. Idols aren’t just man made things, but ideas and lifestyles as well. In Romans 1:18, Paul tells us that the wrath of God will be revealed against those who suppress the truth. Because of people turning from adoring God to fulfilling themselves with impure thoughts, they will be turned to these impure lusts, giving of their bodies to unnatural perversions. They will be filled with wickedness, lust, evil, greed and malice. They will be full of envy, murder, rivalry, treachery and spite.

In Jude 1, he reminds us that the Lord who “once saved a people from the land of Egypt later destroyed those who did not believe.” He continues with “ Likewise, Sodom, Gomorrah, and the surrounding towns, which, in the same manner as they, indulged in sexual promiscuity and practiced unnatural vice, serve as an example by undergoing a punishment of eternal fire. Similarly, these dreamers nevertheless also defile the flesh, scorn lordship, and revile glorious beings.

Yes we have been saved through Jesus, but God may still come and destroy the land because of our continued treachery. Right now our country is struggling with so much sin, unnatural perversions, greed, and rivalry. Let us remember the ending of Jude’s word:

In [the] last time there will be scoffers who will live according to their own godless desires.” These are the ones who cause divisions; they live on the natural plane, devoid of the Spirit. But you, beloved, build yourselves up in your most holy faith; pray in the holy Spirit. Keep yourselves in the love of God and wait for the mercy of our Lord Jesus Christ that leads to eternal life. On those who waver, have mercy; save others by snatching them out of the fire; on others have mercy with fear, abhorring even the outer garment stained by the flesh. 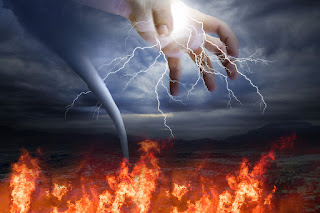 2 Chronicles 18 doesn’t have a specific verse for me today. Jehoshaphat makes an alliance with Ahab to go into battle. Jehoshaphat does take...

Ada
I have a masters degree in Forensic Toxicology. I love to cook and experiment with new and exciting recipes, though my husband may not always find them exciting. I am a mother to 3 beautiful children. Though not full blown AP, I did babywear, use cloth diapers, and breast fed my children. I am a Catholic woman who strives daily to live in the way I should, though I do struggle. 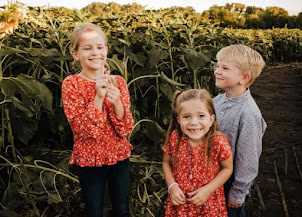